THE FIRST FODMAP CERTIFIED ICE CREAM IN THE WORLD

Coconut oil, milk, water and all of it’s other wonderful forms have been around for as long as we can remember, but people still debate just exactly where it came from. Coconut in general has been popular for thousands of years in tropical countries across the world. It had been widely used in Southern and Central American regions, India, Africa, and in almost all Asian countries. Despite this, it wasn’t until the 1600’s that the term ‘coconut’ came around. 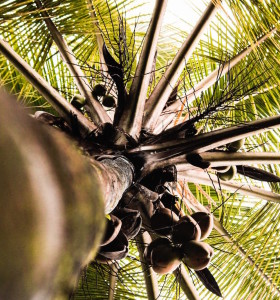 History says that coconut was first cultivated in India along the Malabar Coast. The agriculture of coconuts first became popular in Sri Lanka around the time of Christ. There were also countries such as Malaysia, Philippines, Indonesia, and Papua New Guinea that were also heavily into coconut cultivation. The influence of coconut for the people that lived in tropical countries became so prominent that it is considered to be one of the foods that shaped their civilisations.   Coconut has been used for centuries in cooking across many civilisations. The white flesh makes its way into countless dishes and provided numerous health benefits. The kernel of the coconut is also used to create coconut oil, which continues to be used in many food and beauty products today, including Cocofiro ice cream! You can learn more about the benefits of coconut by checking out a number of our other blogs!
Share on:
Share on Twitter

How coconut oil can help you lose weight

The Truth about Saturated Fats

The best beaches in the world